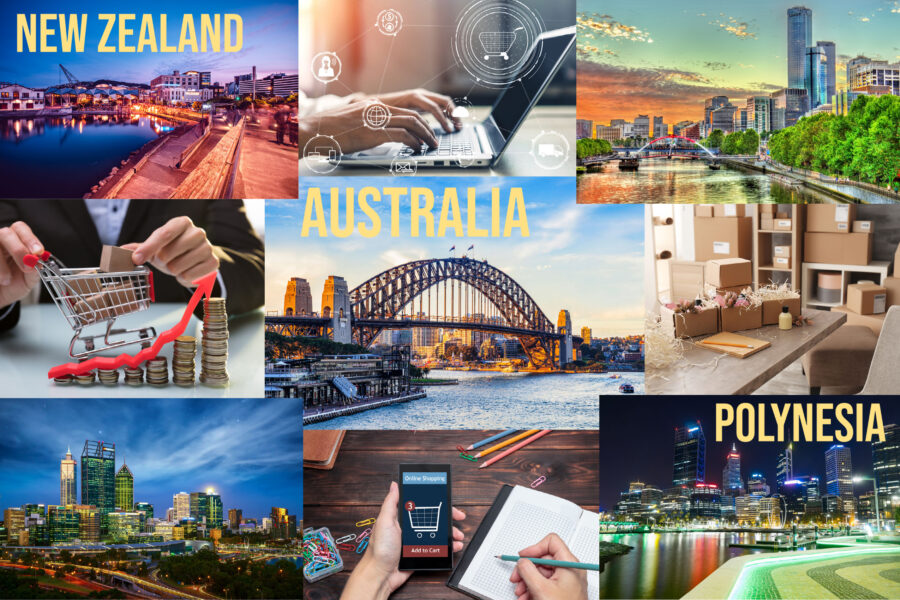 The Australian continent homes some of the most innovative countries in terms ecommerce as well as many smaller countries that are more traditional when it comes to good and service exchanges. The market has been picking up in 2021 as more consumers shifted to online shopping and now the lookout even though uncertain is definitely carrying a strong positive sentiment towards ecommerce. 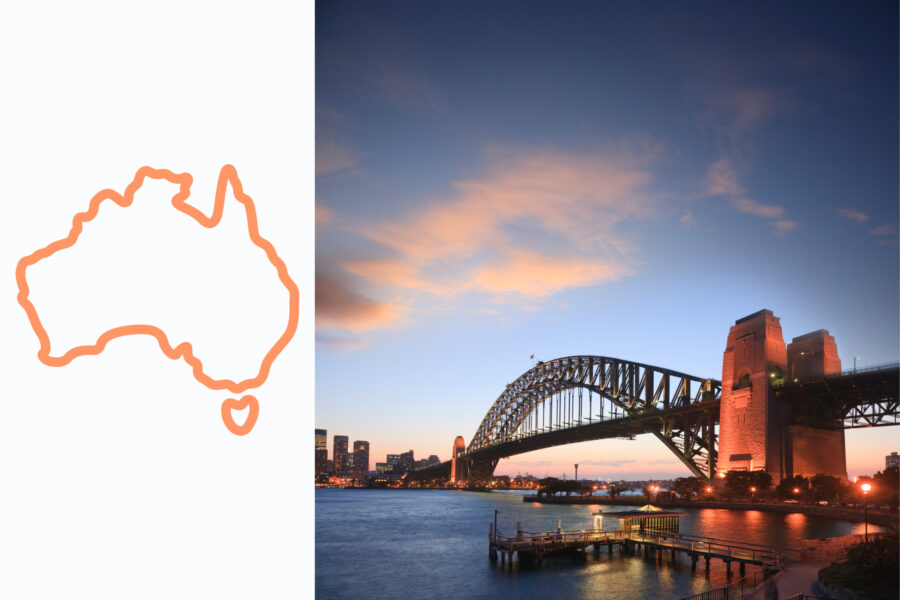 Australia’s trends when it comes to ecommerce could be described as a mixture of north-western Europe and the USA. In general terms, Australia ranks 4th worldwide for the number of ecommerce websites with almost 390,000 websites. It is the eleventh largest ecommerce market in the world, and revenue is predicted to reach USD25.7 billion in 2020 and USD32.3 billion by 2024. This represents a year-on-year increase of 15.5% meaning that the Australian eCommerce market contributed to the worldwide growth rate of 29% in 2021. Revenues for eCommerce continue to increase. New markets are emerging, and existing markets also have the potential for further development. 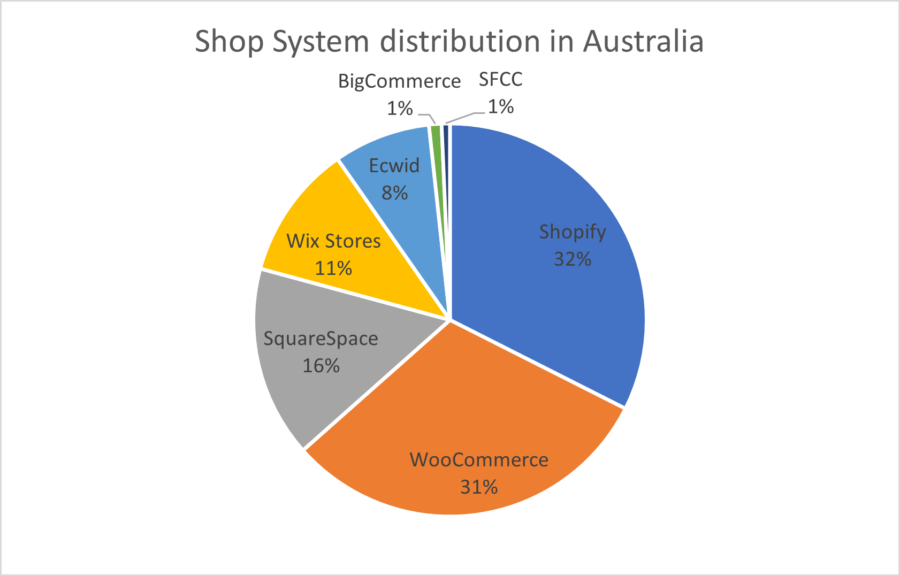 As mentioned previously, the Australian ecommerce market could be seen as a mixture of the north American and northwest European ones, as up to today the biggest players in their market are similarly distributed to the ones in those regions. Both sales and the number of websites are predicted to rise this year. Shopify and WooCommerce will continue to lead the Australian market and it is expected for SquareSpace to gain more momentum, as well as Wix Stores, Ecwid and BigCommerce. 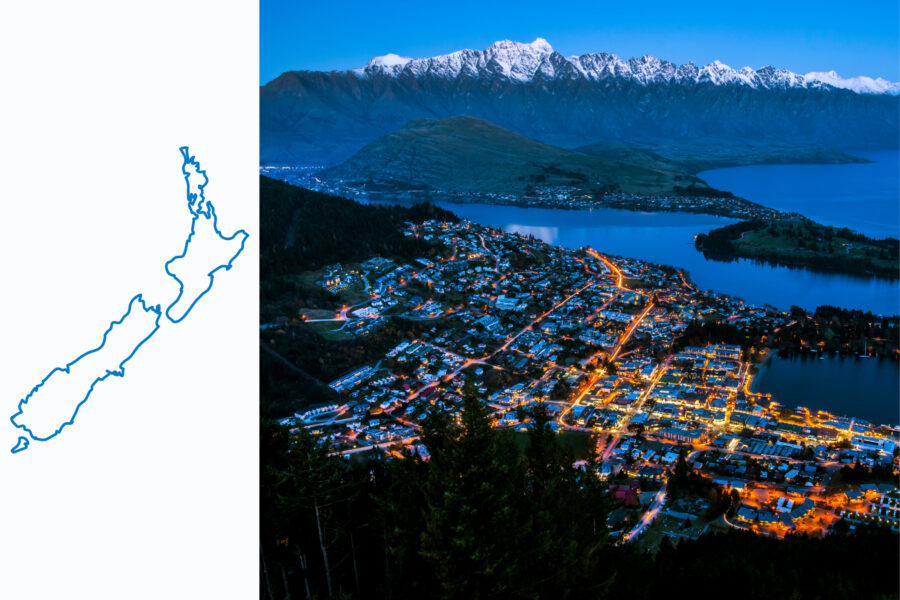 New Zealand has almost 69thousand ecommerce websites ranking 16th worldwide and was the 46th largest market for eCommerce with a revenue of US$4 billion in 2021. Similarly to Australia and most of the so far mentioned regions, New Zealand also increased the number of ecommerce websites and sales of thereof in the last few years, which led to them contributing with an almost 30% increase of domestic revenue by the end of 2021.

While we are entering a more hybrid way of commerce, it is predicted that in 2022 the number of ecommerce websites will increase over the course of the next few years with Shopify and WooCommerce continuing to lead in terms of numbers and shops like SquareSpace also gaining more users and competing with the bigger players in terms of ranking. Wix Stores, Ecwid and BigCommerce are also predicted to gain more followers whereas the numbers for premium level players like SFCC will most likely continue on the same line or decrease. 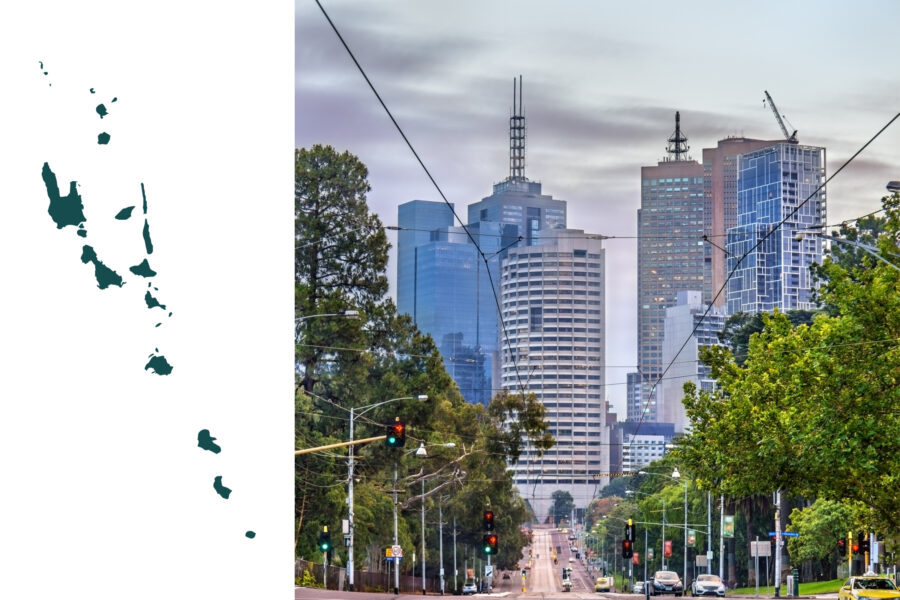 When it comes to ecommerce, the isles that form this region tend to be more traditional in that their customers prefer the traditional in store shopping experience to the online one. Which explains that although the region has shown growth during the last few years, it has not been as significant as in other regions to make an impact on the overall economy.

As one can see, the number of ecommerce websites is not that big, which is why that might not increase by much by the end of this year. Polynesia is a region that bases their revenue mostly on tourism and that is not something that requires a lot of ecommerce websites. Their population also purchases from both Asian and Australian/New Zealand ecommerce websites to cover their needs, so while growth is predicted, the numbers may not change by much.

This region has some of the most advanced countries in terms of ecommerce as well as some of the most traditional commerce ones, which makes it very interesting to read and write about. The pandemic has also had an effect in this continent as the number of shoppers has increased and will most likely continue to do so in this year. The trends show that the increased amount of e-shopping has a direct effect in the number of online shops/ ecommerce websites being added to the market. Shopify, WooCommerce and SquareSpace being the shop systems to increase the number of users the most. While countries like Australia and New Zealand will continue to add more ecommerce websites to aid their needs, Polynesian ones will most likely not change by a lot and will base their online shopping needs to their respective domestic websites and the Australian, New Zealand and Southeast Asian ones.